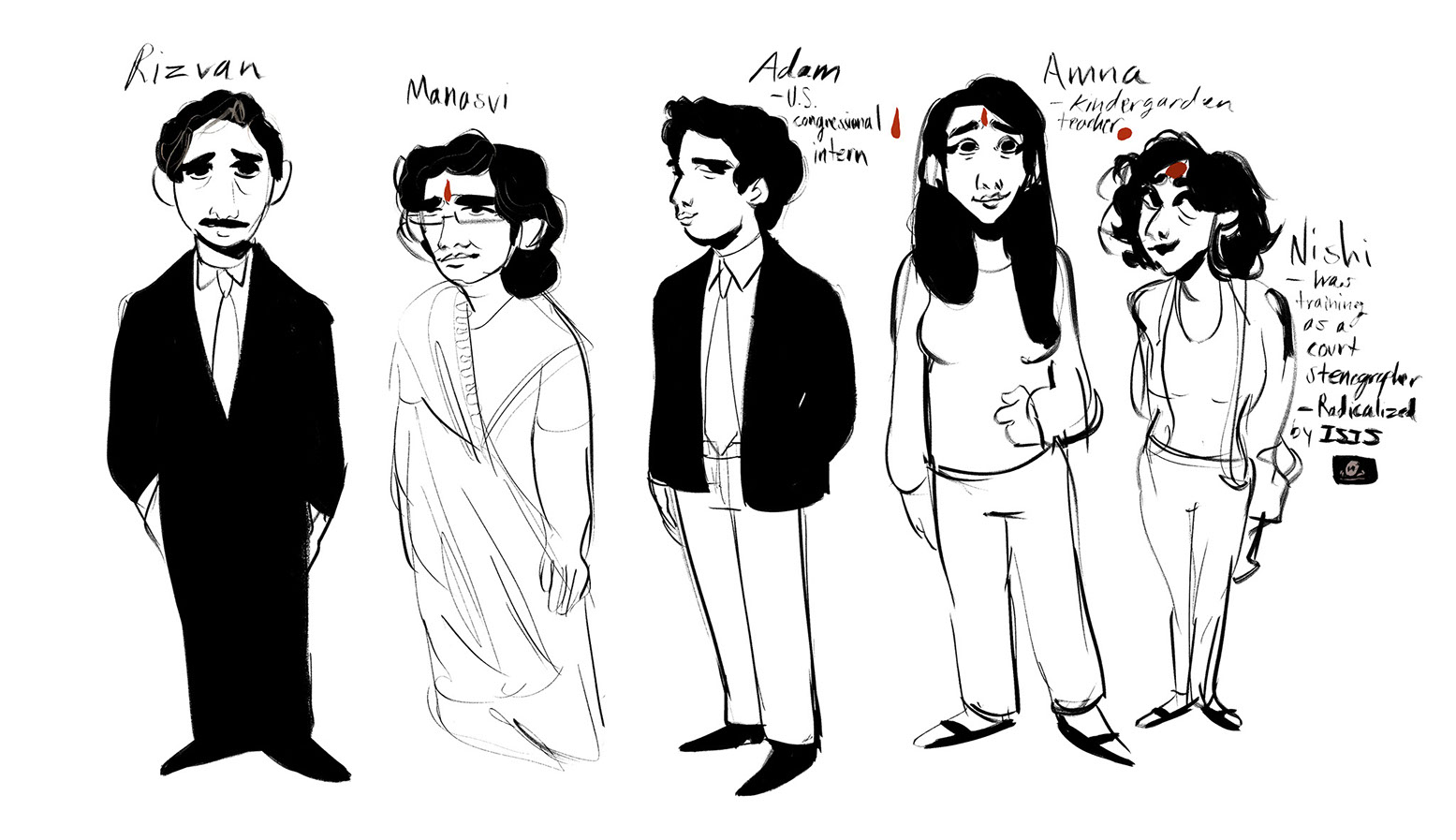 The Majumdars are a family of 5 based in Washington D.C.

Rizvan is a democratic senator who's somehwat well known in the public, especially to South Asian Americans and South Asians overseas. He met his wife, Manasvi, a very strong and determined woman in law school. Both of them are from the southern end of  India!

They had 3 kids, Amna, Adam, and Nishi. Nishi is the youngest while Amna is the oldest. They all have their own traits and feelings towards life and their experiences growing up somewhat in the limelight has sort of made their childhoods different. Including lots of roadtrips and flying to India every year for Navratri.

Another thing to note is that while to the public, Rizvan and his family is officially Hindu ( Shaktism specifically) Rizvan does not really practice per-say. Including his wife who often is wearing a bindi much like her daughters who wear one because they genuinely like them. If anything Manasvi is more of a devotee than Rizavan and Amna is more devoted than her mother. Nishi and Adam are practically not religious at all. Nishi sporting a bindi cause well as her mother always said. "Any girl looks good in a bindi"